Bookmark and share the address of IntellivisionRevolution Forums on your social bookmarking website
Who is online?
In total there are 8 users online :: 0 Registered, 0 Hidden and 8 Guests :: 2 Bots

Talk about ROM hacking really belongs in the Programming forum.

This week, I tinkered with White Water!  All I wanted was to disable falling out of the boat in the one Game where you earn points for collecting treasure.  I ended up getting a whole lot more than I bargained for.

First, I had heard about an Easter Egg, but I could never activate it in the normal course of play.  There is one method that works though.

Click this box to find out about it.:
Start on Game 3 or higher.  Get in the boat and go the wrong way until you start to see shoals.  Run aground on the shoal next to the left bank.  Stay on the shoal and push the boat into the rocks below until everybody has gone overboard and is swept away.  When the game ends, you'll see "DOUG" instead of "GAME" and your game number.

The first poke is to make the easter egg easier to activate.  Full instructions are in the hack file itself, which is posted on my website.

Next, there are two lookup tables in the ROM for what could have been up to 10 Games instead of merely 7.  The first is the one-character "name" of the game (previously '1' through '7'), indexed according to the number of the key that you press for that mode.  (You may recall that the overlay has the Game numbers listed in a different order than they appear on the actual keypad.)  Values of 0 are placeholders for the number keys that don't have an associated Game, so I couldn't name one of the now-ten Games '0'.  Instead, I went with 'A' through 'J' and put them in order according to the keypad numbers.

The second lookup table contains 10 decles, one bit for each parameter for the associated Game.  (Again, three of those decles previously had placeholder values of $0.  Not any more.)  Poking new values into both of these tables allowed me to create a custom Game list - and expanded in size no less!

I set Games A-G to match the original Games 1-7.  Game H is the same as Game G, but now there are flags to end the game after 4 beaches.  Game I combines the Practice Mode from Games 1-2 (nobody goes overboard when hitting a rock) with the point system and progressive river speed increase from Game 7.  Game J is the same as I, but with Bits 3, 6, and 8 raised (starts the game with a faster current, and possibly nothing else).

Does anybody care to try this out and let me know if there are any other differences between Games I and J?
So far, I tried checking to see whether:

I just finished creating a giant world map for Auto Racing.  To do that, I had to hack this game as well, in order to disable crashing.  The hack is posted on my website.  I hope the map and hack are of some use to you. 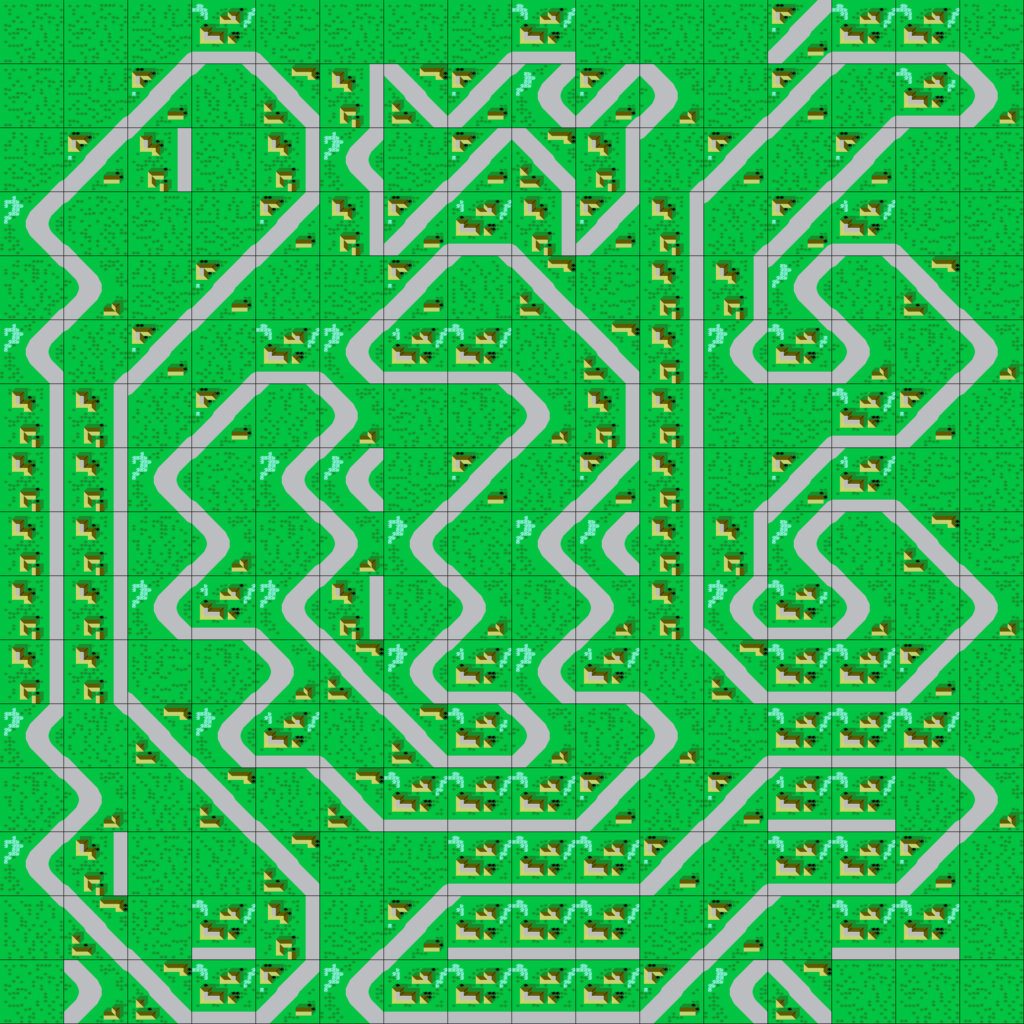 Re: Fun with ROM Hacking